Naturally nutritious, delicious and succulent, we pride ourselves on producing premium grass-fed beef. Our country's extensive pastures and temperate climate set us apart on the world stage providing a healthy, lean and tender eating experience from a product that you can trust.

We count ourselves lucky to work with New Zealand's finest farmers and it's our privilege to meticulously craft a range of beef and lamb products, processed with skill in line with the highest international and customer standards.

Our farmers are the best in the world, ensuring our animals are cared for the way that nature intended. This results in meat that is full of flavour, natural and nutritious.

We take care and confidence in crafting a range of beef products which are uniquely tailored to the needs of our global customers.

This dedication by our teams to process and deliver the finest beef New Zealand can offer, means we treat every piece of meat with the respect and precision it deserves.

We take pride in where we come from and who we work with.

Most importantly it's the pride we have in our products and being able to share them with our families, communities and the world - from Shanghai to San Francisco and everywhere in between.

At ANZCO Foods we select and handle our products with the utmost care from paddock to plate. The result is top-quality beef, created, crafted and shared with pride.

Whether you’re looking for a popular beef cut or something a bit more special, we can deliver exactly what you need.

The round consists of the following five cuts:

A boneless cut, the Topside is the major muscle from the inside of the hind leg. Full of robust flavour, the rump is most succulent and meltingly tender when roast or diced for slow cooking casseroles. A medium tender coarse grain meat. Suitable for roasting, casseroles and braised dishes as a whole piece or steaks. Best braised to prevent drying out. 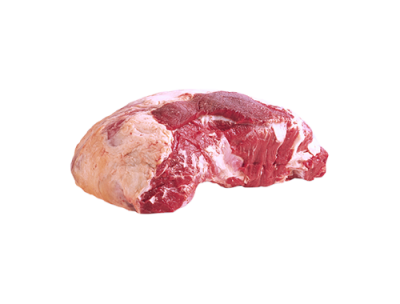 Cuts: Inside Cap on or off

Rump steaks are a lean cut with little fat, which can make it a little less tender than others. The fat border, which runs along the curved side, is easily removed if desired. 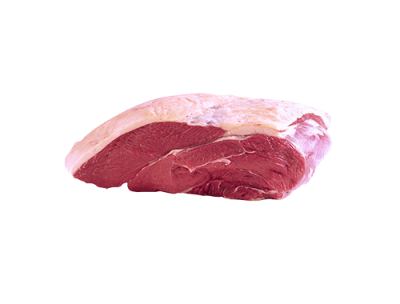 A boneless cut from the shoulder section, it is the major muscle from the outside of the blade bone. It consists of two main muscles: the Bolar and Oyster Blade. Best suited to slow cooking, roasting or braising for a tender result. Kept as a whole steak, diced or cut into strips for stir-fry, the blade is a versatile option. Further processing of the Oyster Blade yields the flat iron steak which is suited to grilling. 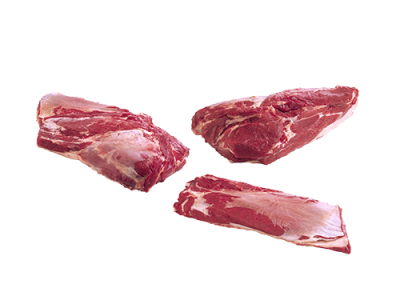 A boneless cut, the Silverside (also known as Outside) is the major muscle from the outside of the hind leg. A less tender cut. Suitable for slow cooking roasts, used for corned beef or thinly sliced for marinated steaks. 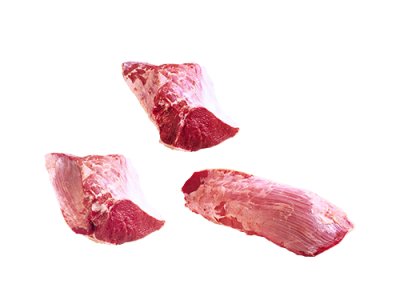 Cuts: Flat or Eye round

A boneless cut, the Knuckle with its cap muscle removed, is the third major muscle from the hind leg, after removal of the Topside and Silverside. The knuckle is a medium tender cut best suited for pot roasts or braising. It can be sliced thinly as minute steaks or crumbed for pan frying as schnitzel. 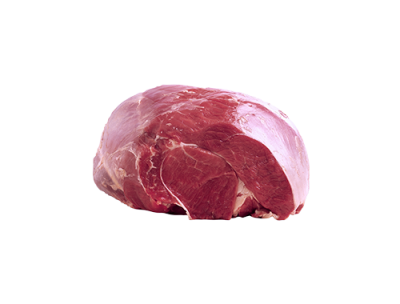 A boneless cut, the Striploin (also known as Porterhouse or Sirloin) is the outside muscle adjacent to the loin bone, opposite to the Tenderloin. Striploin is from the lower portion of the ribs, continuing off the tenderloin from which eye fillet is cut. Striploin is considered to be a premium prime cut with a fine grain and may have some marbling, perfect for grilling, it boasts extreme tenderness and can be prepared without the aid of moist heat or slow cooking.

The eye fillet is an oblong shaped cut that spans between the short loin and the sirloin. It's an incredibly tender and succulent cut. It can be roasted whole or cut into steaks.

A coarse grained steak with a rich flavour and generally sourced from the thin flank and is the thickest portion of this muscle from the abdominal area. Sliced thinly across the grain it can be pan fried to rare and used for stir fries but should be marinated first.

A boneless cut, the Ribeye (also known as a Cube Roll or Scotch Fillet) is the eye muscle adjacent to the back bone, between the Chuck and Striploin. Cut from the between the 5th and 6th ribs extending down to the 12th rib to give a 7 rib roll. It is both flavourful and tender making it very good for slow oven roasting and grilling. Whole scotch fillet is a well-flavoured roasting cut which carves into beautiful neat slices.

Short ribs are taken from the forequarter after the brisket is removed. They are made up of the rib bone and layers of rib meat and fat. Rich and tasty, short ribs take on flavour well, tender and moist when slow cooked.

A boneless cut, the Navel End Brisket comes from the lower chest area of the forequarter, from the 6th to 12th ribs. Ideal for slow, moist cooking methods such as casseroling and braising.

A boneless cut taken from the first three ribs of the forequarter extending up to the neck. A less tender open grained meat with minimal fat. Suited to slow cooking methods, ideal to cube for stews, curries and casseroles.

A boneless cut, the Point End Brisket comes from the upper chest area of the forequarter, from the 1st to 5th ribs. It is commonly used in braising (pot roast), smoking and can be made into corned beef. Cook low ‘n slow.

The shin shank consists of the following two cuts:

A bone-in cut, the Fore Shank comes from the lower fore leg. A gelatinous cut. These impart a rich, full bodied flavour and melt in your mouth texture. These are ideal for stews, soups, casseroles and slow cooking.

A bone-in cut, the Hind Shank comes from the lower hind leg. A gelatinous cut these are ideal for stews, soups, casseroles and slow cooking.

Our premium New Zealand beef and lamb reaches your plate thanks to the hard work and talents of New Zealand's finest farmers and our team of experts. Buy with confidence, knowing they deliver only the very best.